The Community-Based Organizations (CBOs) of women, men, youth, and children are CORD’s main instruments for implementing its strategy of motivating, mobilizing, and enabling communities to plan, execute, and evolve. These CBOs, especially the women’s groups, are the heart of CORD’s constituent programs, and, around these CBOs, other program components evolve.

These CBOs, especially when registered legally, qualify to have direct access to funds from the government. Each CBO elects its President, Secretary, and if required, a Treasurer. They learn to conduct monthly meetings, maintain records of finances, delegate responsibilities, establish priorities, and resolve multiple issues. Their ownership in the CBO besides their active role in decision making and taking up responsibilities is established further by a small donation (called chanda) of Rs. 2 to Rs. 10 per month by each member.

Once these CBOs are nurtured in each village ward on various issues, one of the aims is to encourage them to participate in local self-governance, first in the Up-gram Sabha at each of the wards in a Panchayat, and then at the Gram Sabha (where all the wards in the specific Panchayat come together) of the Panchayat.

The following are the CBOs that are nurtured by CORD over the years.  More information about each of these programs is available on CORD India’s website. 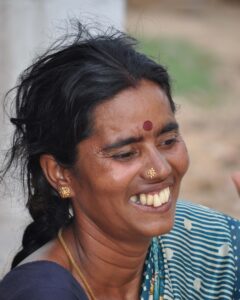 The Mahila Mandals are the nuclei of all CORD’s work. They are the hub from which all program components of CORD have evolved. The objective of Mahila Mandal is to empower women financially, socially, and politically and enhance their decision-making capacity. Regular women’s group meetings give women both support and a platform to resolve the challenges they face and address village issues as an empowered community group.

Some of the women leaders come forward as Village Volunteer Resource Persons (VVRPs) to look into specific issues such as nurturing adolescent girls and children’s groups, ensuring sanitation and hygiene in the village, mobilizing communities in local self-governance, etc. Mahila Mandals once they mature a little are formally registered as an independent entity. 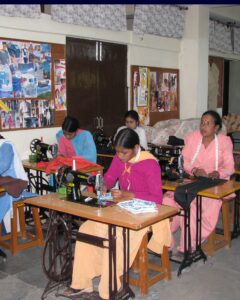 Within a newly formed Mahila Mandal, CORD forms SHGs with ten to twenty women in each SHG. The purpose of the SHG is to obtain microcredit from banks with, encourage members to save, and to lend money to its members. In an informal setting, women learn basic financial skills. They begin with minimal contributions, learn to inter-loan, and keep books.

They move from taking loans for their essential needs to set up their own retail outlets such as Guru Dhara Self-Help Group Shop. The SHGs are also forums to link family members to other financial products- individual bank accounts, pension and insurance schemes of the government. CORD is moving towards the digitalization of the SHGs through the e-Shakti program of NABARD (National Bank for Agriculture and Rural Development).

CORD works with men through their CBOs called Men and Farmers Club, also referred to as Kisan Clubs in the villages. It was the success of the Women’s Groups (Mahila Mandals) that motivated and mobilized the men and youth to come together collectively for their own growth and that of their village. In 2008, CORD formally formed and registered the Farmers Clubs with NABARD.

Mahila Mandals play an important role to help CORD organize adolescent girls groups called Yuvati Samuh to mobilize and harness the energies and potential of the young girls for their own growth and for the collective development of the village.

The aim of this CBO is to empower children. The brigade of next-generation is also sensitized towards social issues through the Balveer (children’s army) wing of the Balvihar. Learning for children is made interesting with games and fun. An attempt is made to improve primary school education through Balvihars and involvement with local government schools.

CORD has formed advocacy groups like Chinmaya Umang for persons with disabilities, single women group, women in agriculture and local self-governance, people with old-age, promotion of education through school management committees, etc. It also focuses on the promotion of health, nutrition, hygiene, and sanitation through groups such as the Village Health Sanitation and Nutrition Committee (VHSNC). CORD also offers youth leadership programs.